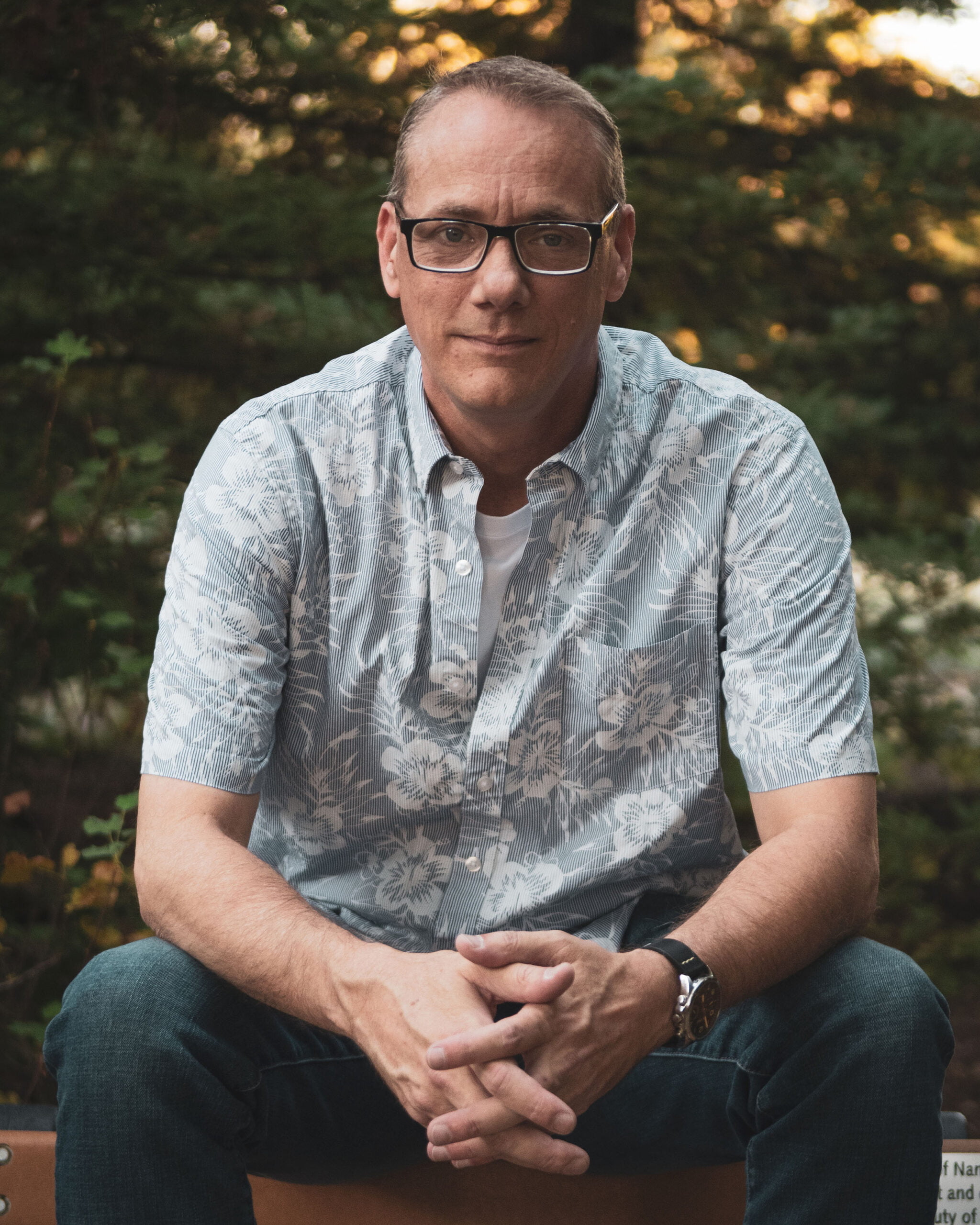 “I was born in 1968 in Orange County, California. Growing up, I was what you would call a P.K. or “Preacher’s Kid.” Preacher’s Kid can mean a lot of different things to different people. To me, being a preacher’s kid meant that you were the example for other kids in the church.

When I was in junior high I started to realize that I was different and in a way that was at odds with what I’d been taught growing up in the church. I discovered I was gay. This realization triggered anxiety and depression that was overwhelming and stayed with me for years to come.

I spent most nights praying that God would change me. I was afraid of rejection and the unknown. I was afraid that if my parents found out they would send me to places where they try to change gay kids, like conversion therapy. Thankfully, I never had to. I know people who did, and they were truly changed by the experience, and not in a good way.” 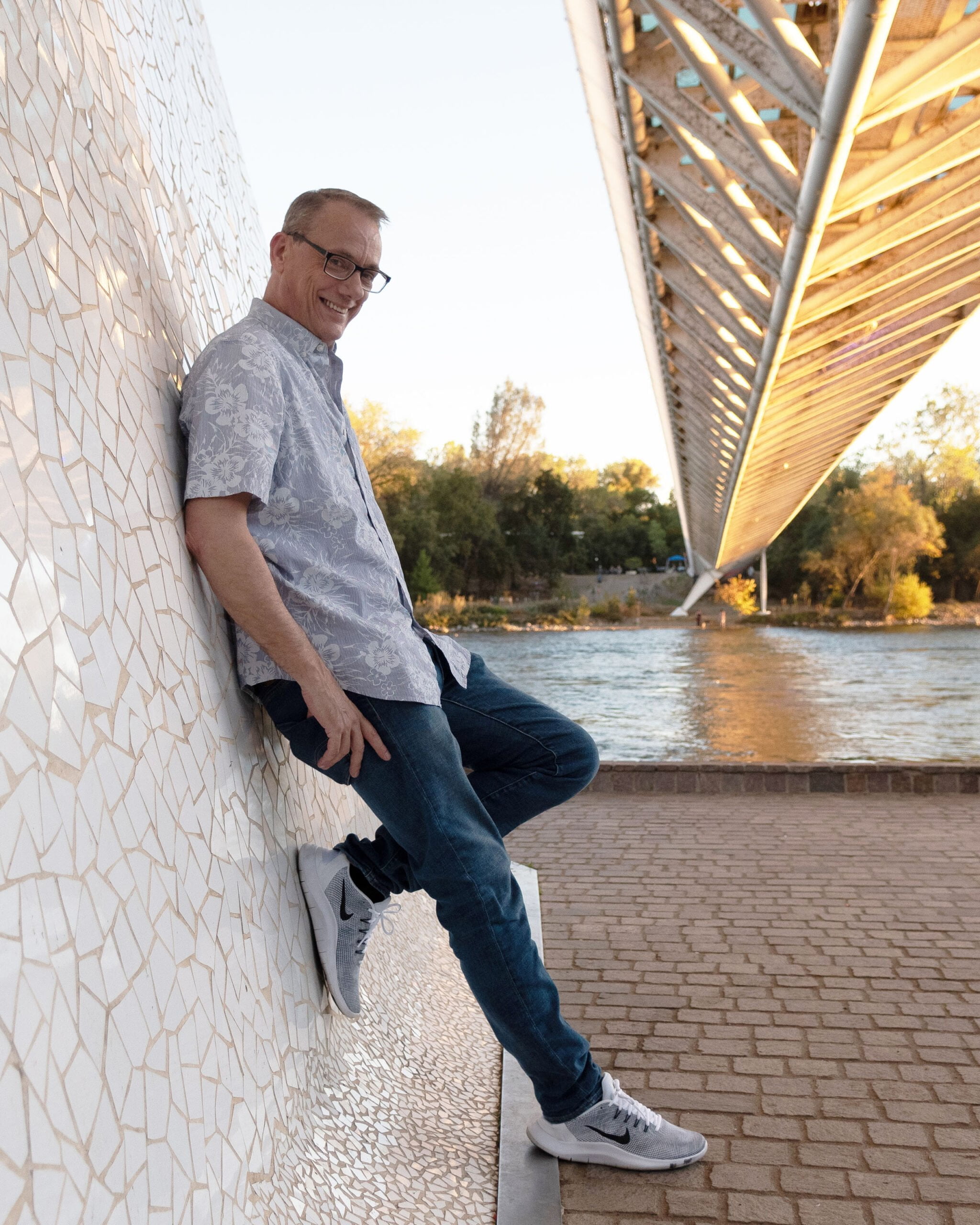 “After high school, I was excited to be out of the house and start living on my own. Eventually I ended up in the Bay Area. It was an exciting time and there were lots of fun things to do, like dancing.

After five years working at an Advertising Agency, I decided to take a job which required me to move to Los Angeles. I worked from home and was on the road just about every day. I was truly isolated, so I started going online and meeting people, but some of those people weren’t the best influence. It was then that I started using crystal meth.

Soon after I started using, I had my first breakdown. I couldn’t do anything. I couldn’t shower, I couldn’t get out of bed. I was terrified that somebody would come to the door and I would have to open it. I cried when the phone rang. After about a week, I couldn’t take it anymore, and got myself to a clinic where the doctor prescribed some medications. I quit my job and moved back to the bay area. I did well for a while, until the drugs popped back up in my life and I started using again.” 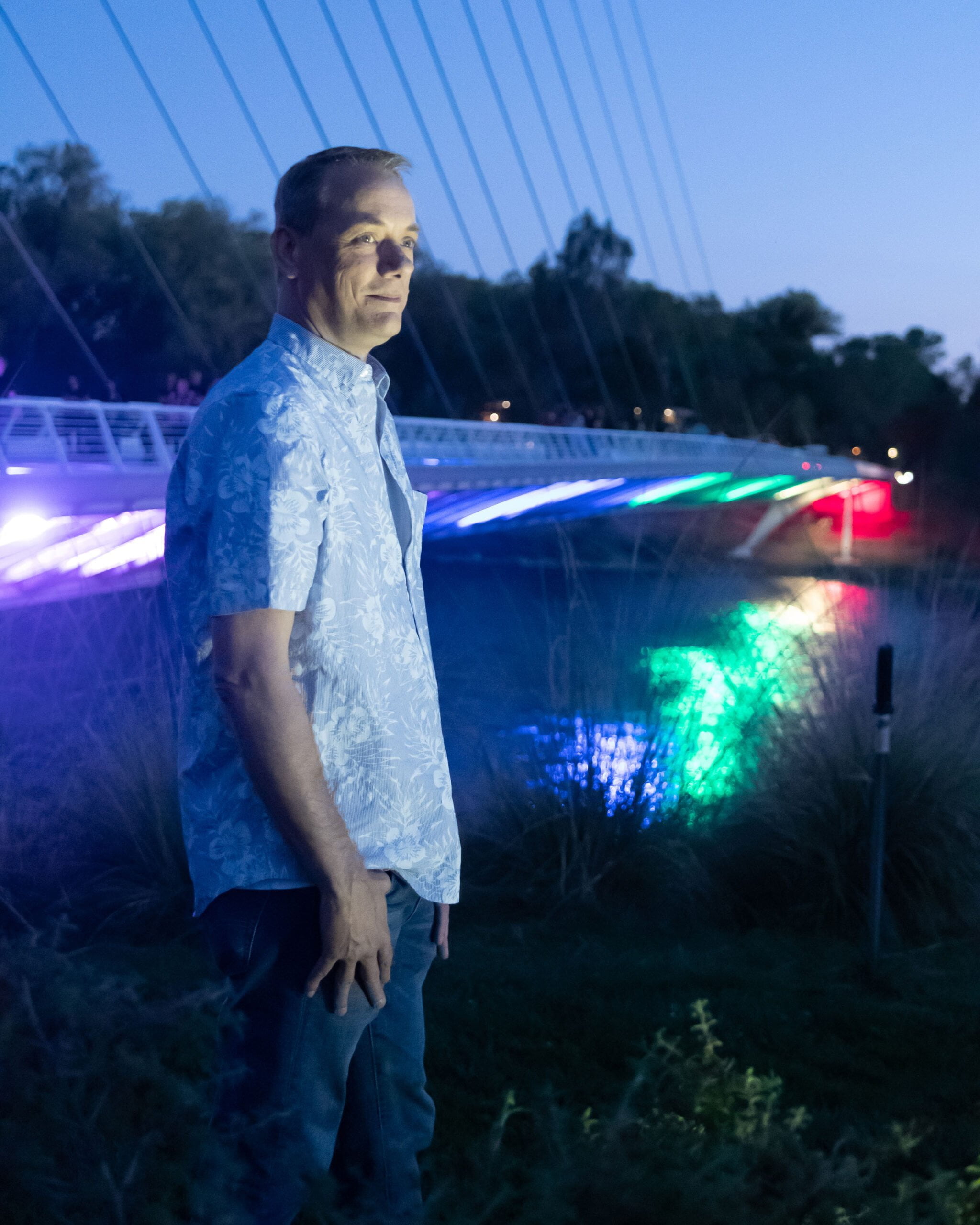 “A year after that, I got pneumonia and spent about a month in bed. I got better for a while but I would catch every cold or bug that seemed to be going around. I started going to doctor after doctor who misdiagnosed me. Eventually, I took it upon myself to go to the county clinic and have an HIV test. I knew I was at risk. I had to wait two weeks it took to get the results and was told I had tested positive.

I thought I was prepared for the diagnosis. I just didn’t know what to think at that point. I was kind of numb. I knew people who had tested positive who were doing well, and I knew a lot of people who didn’t make it.

The next few months were kind of a blur. My job decided that they couldn’t afford to keep me on because I needed time off to take care of my health. I had to put my new house on the market, pack up and move to Redding where my parents lived. I started drinking and using drugs again to forget. To not have to feel the physical pain of anxiety and depression. The pain that comes with dejection, not feeling loved and not feeling good enough. It was probably one of the lowest points in my life.” 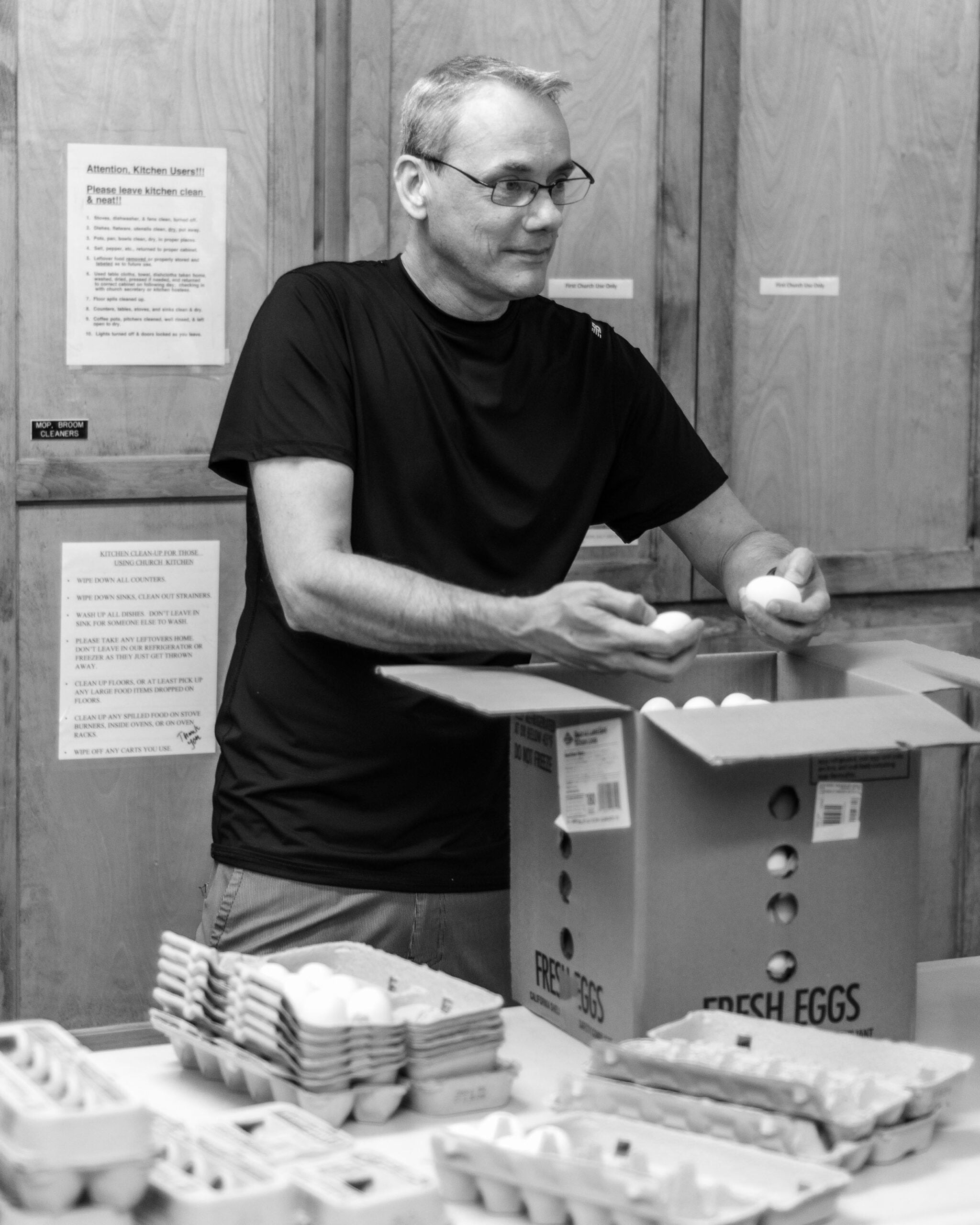 “But, with the support of family and community, my life turned around. I learned tools to help minimize or to even prevent episodes of anxiety and depression. I started attending the HIV food bank in my area. It was a place where I could share what I was going through with someone else who’d been through it. Eventually, I started volunteering there. I found that giving back to my community had a profound impact on the way I thought about myself and others, and I continue to volunteer there today. I also found a church that is accepting of me. It’s a support system that I thought had been lost but continues to be extremely important.” 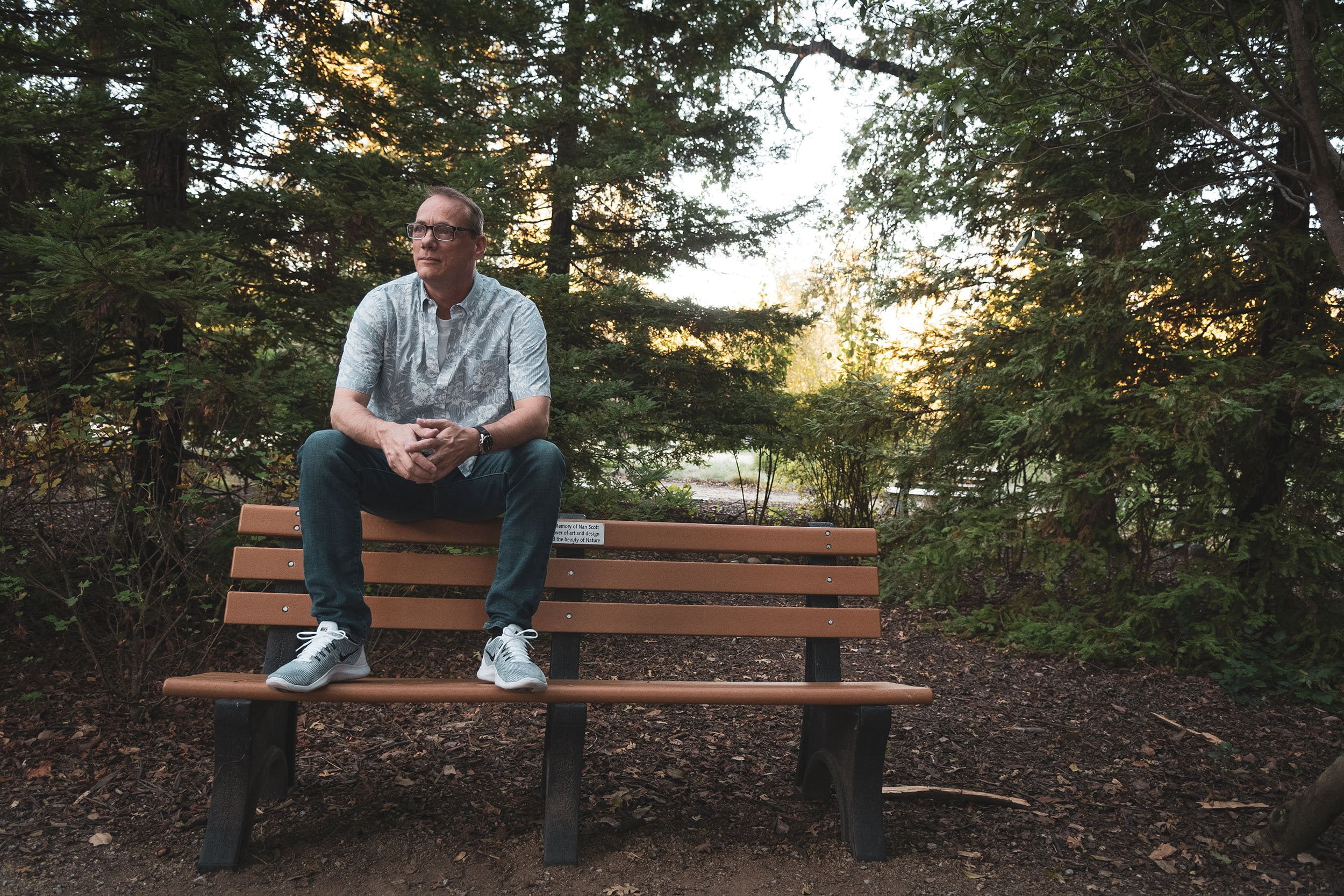 “Stigma to me is someone else’s belief system that they put on others. People fear what they don’t know. They’re usually stereotypes. One of the things I’ve had to learn is that if I want others to accept me for who I am, that it is important for me to accept them for who they are and what they believe. We all have differences, we all believe different things. Loving each other is what is most important.”