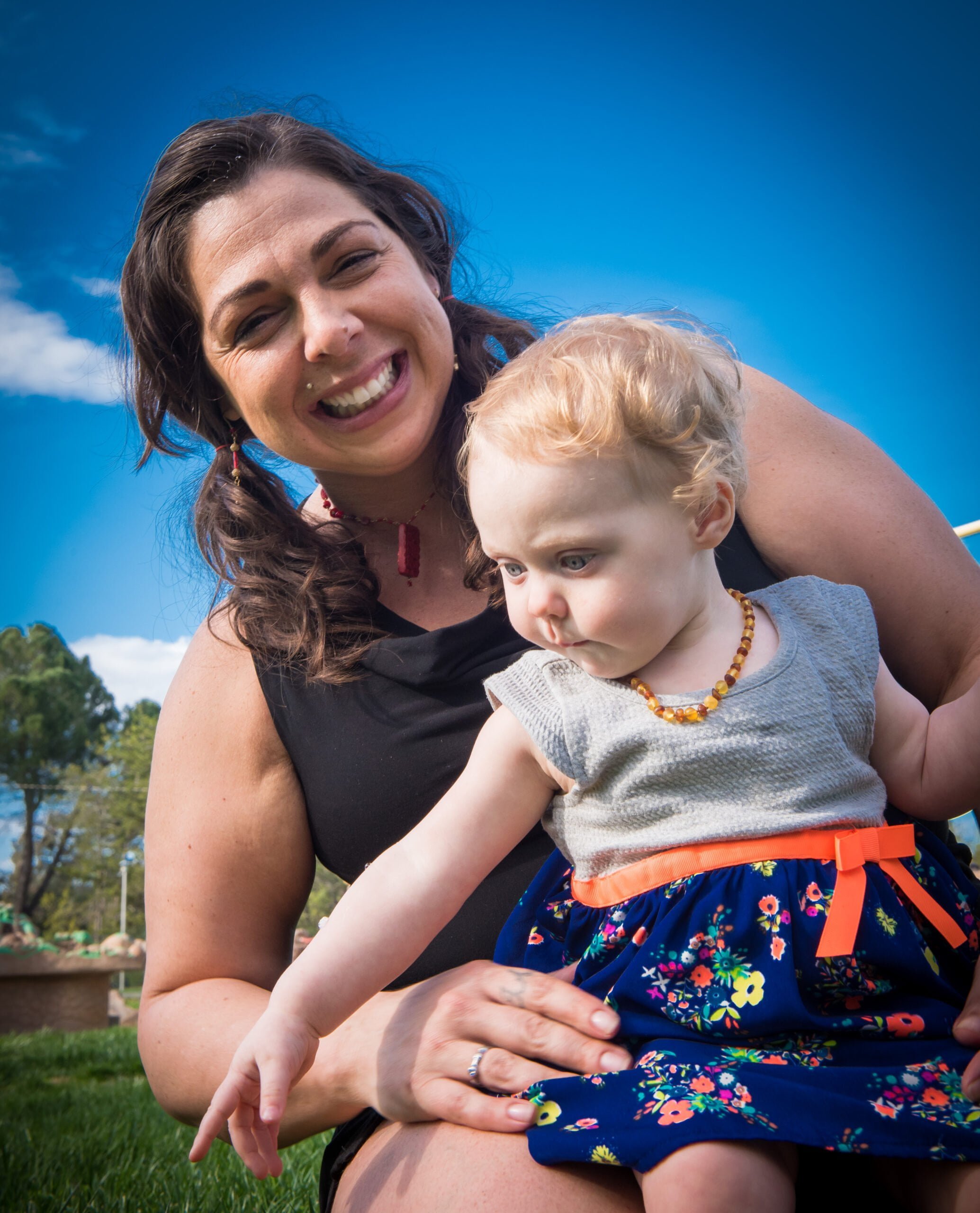 “I’m a huge community advocate, a full-time student studying sociology at Shasta College, and I have a cute little baby named Arianna. My early life was hard because my parents were so young and inexperienced. When I was 15, they separated, and it became difficult. I was a homeless teen for eight months. I’d couch surf at friends’ houses, and I also had a camp with other homeless teens up in the mountains outside Santa Clarita.

I want you to know that I have been homeless, I have suffered sexual abuse, I’ve been bullied, but I never felt as desperate and sad as I did a few months after I had Arianna. I can’t say if it was postpartum depression. I joke it was hormones. I definitely think what I experienced is a reality for a lot of new moms, and we shouldn’t be scared to talk about it.”

Listen to Chante explain how she became a homeless teen, how she survived on her own and how supportive teachers later inspired her to become and advocate for other homeless teens. 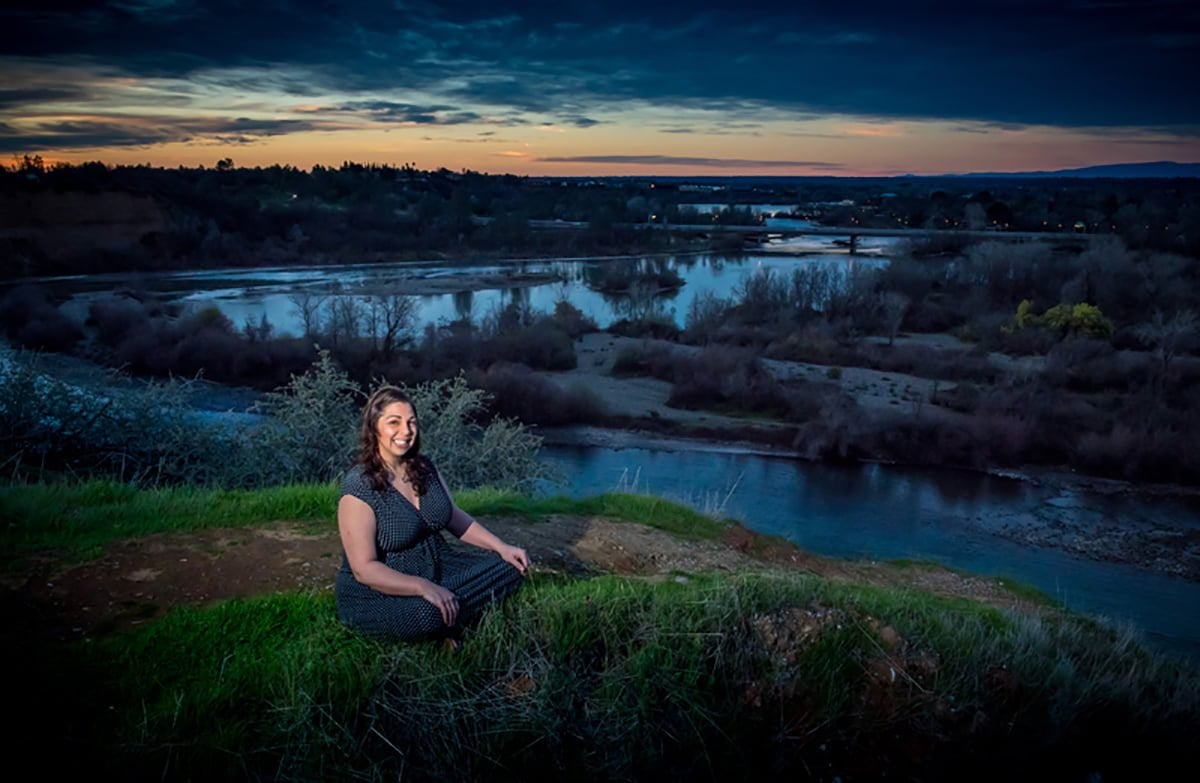 “When I was 18, I started having feminine problems, and doctors diagnosed me with polycystic ovary syndrome. The doctors said my case was so severe I’d never have children. I was sad about it, but I accepted it. I put aside that urge to have children. I joked with people that I ‘wasn’t a breeder. It’s just natural selection.’” 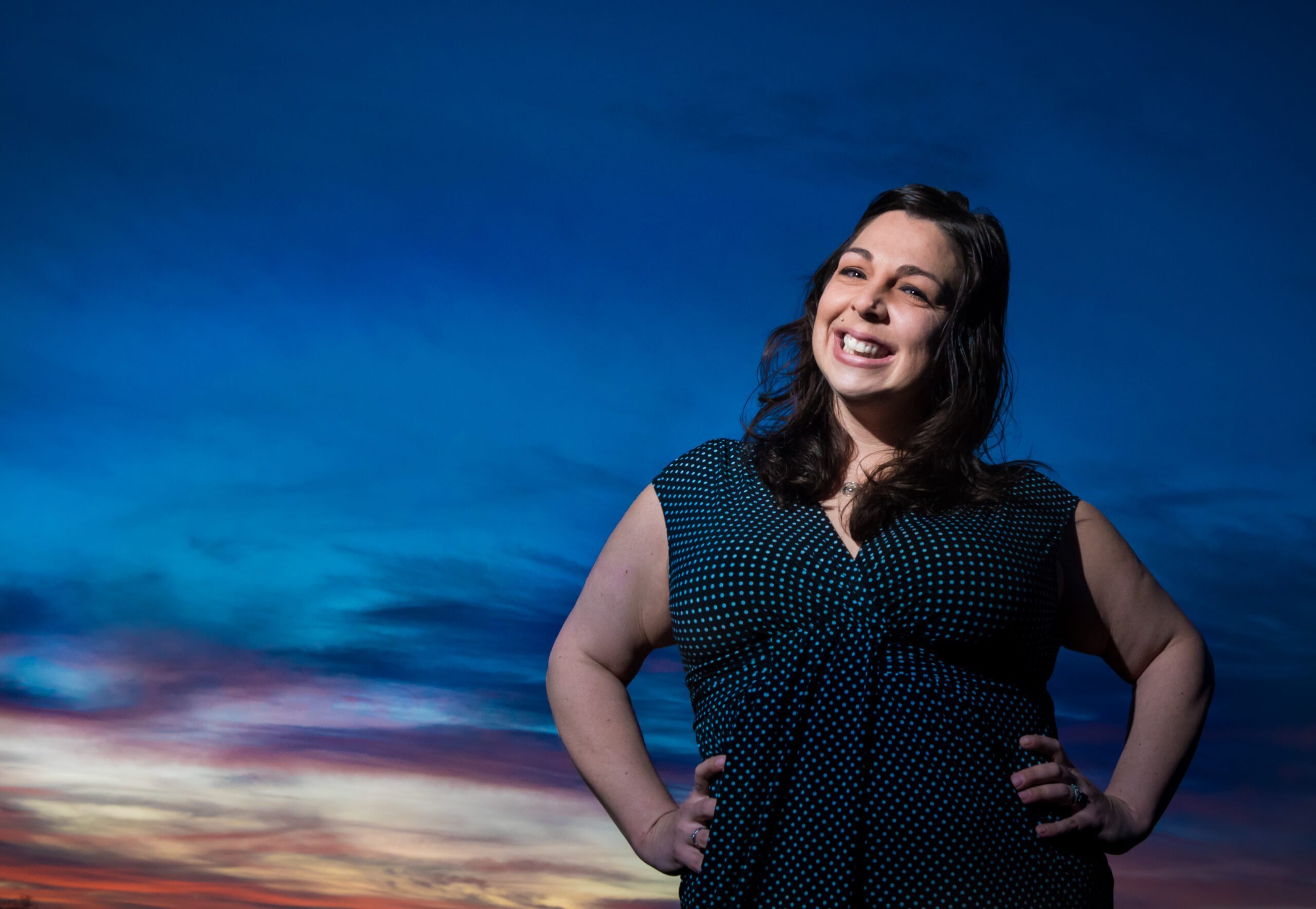 “Fast forward 17 years. I’ve sold the client list from my successful dog walking business, moved to Redding to be closer to family and started at Shasta College. Justin asked me to be his girlfriend after months of swim competitions, and eight days later I’m at the hospital with horrible stomach pain. After several referrals, they scheduled me for a tubal ligation because it’s covered by Medi-Cal and exploratory surgery isn’t. Two days before the surgery, I went to pre-ops for tests and received a call notifying me the surgery was canceled. Not only was I pregnant, but by then I was four and a half months pregnant.” 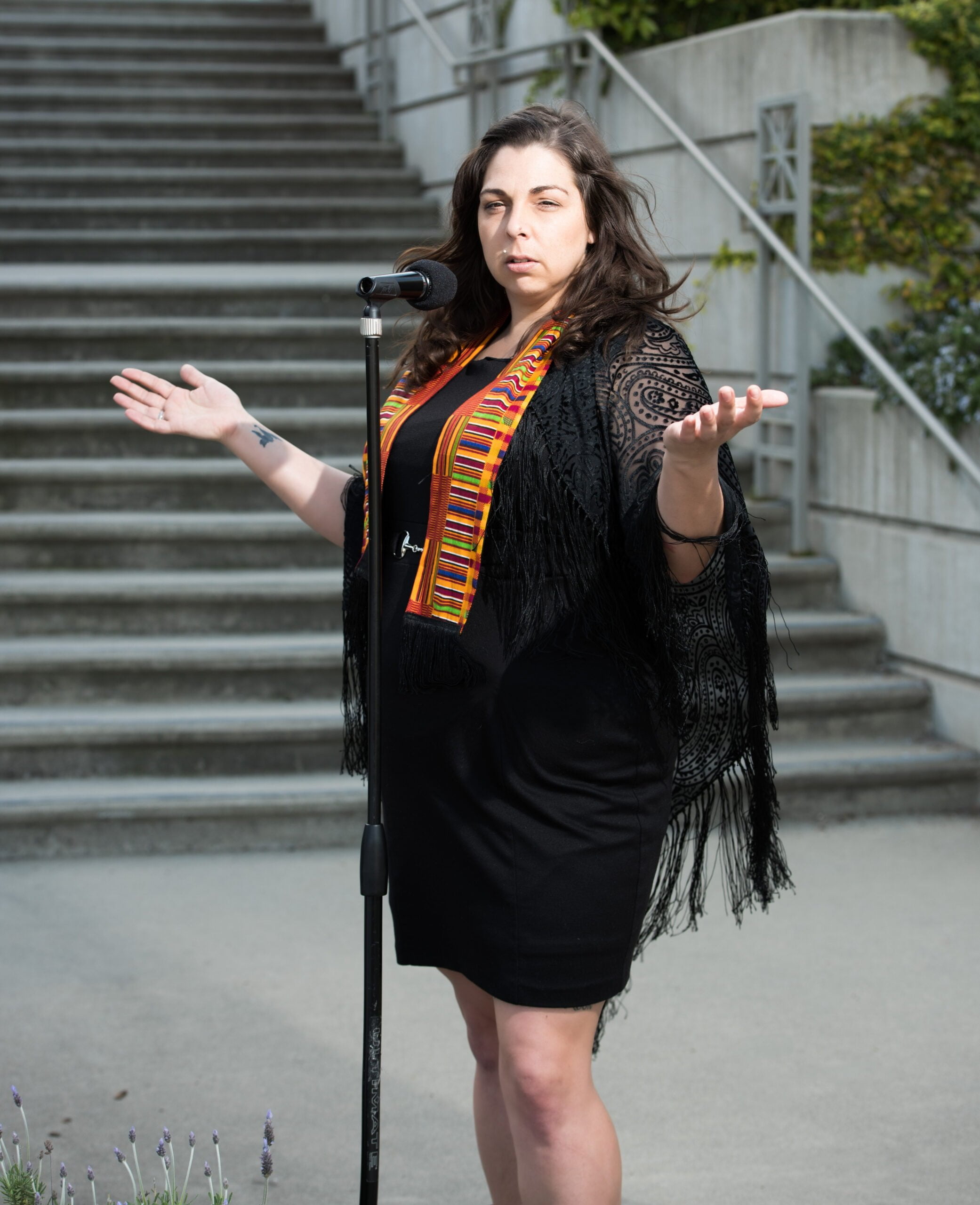 “I just started crying, and I didn’t stop for two months. Everybody thinks it should be the best thing in the world, but I had lived for 35 years believing I’d never have a kid. I didn’t have any money, I was supposed to transfer to Humboldt State University the next semester, I’m doing all this community stuff, and now I’m going to be a mom?”

Listen to Chante explain in more detail how becoming a mother immersed her in a cavalcade of different emotions. 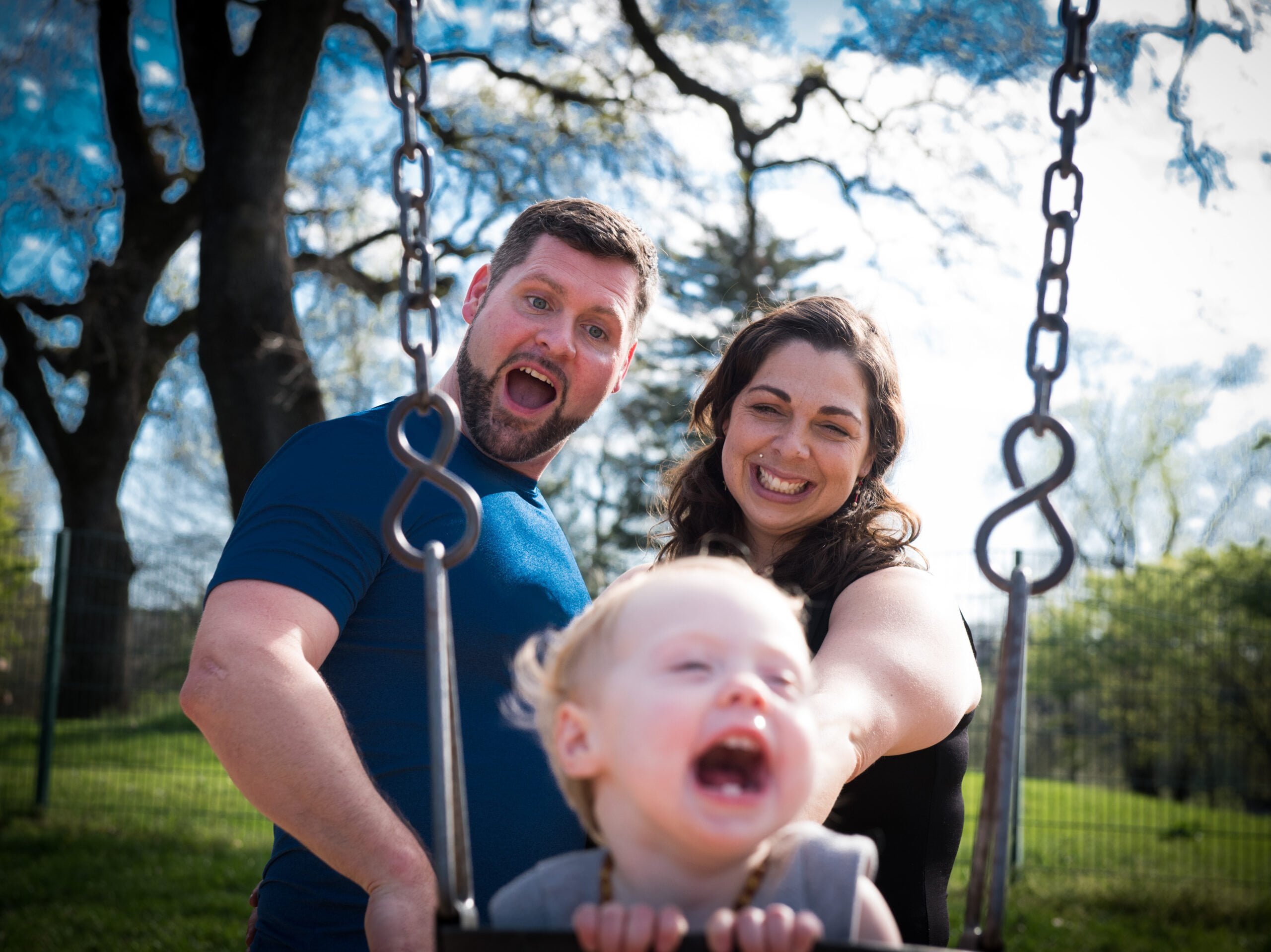 “I got great support from the community, and I finished 18 units that semester with 3.8 GPA. At first, the joy of having Arianna was overwhelming. But after a few months, I started getting really emotional. I questioned how I could protect my child from what’s happening in the world. I was a powerful, strong woman who could do anything, but now I felt like I had this little thing sucking on me all the time. It started making me feel inadequate, like I was going to be that clichéd housewife with no job and stuck on welfare. My boyfriend and I were fighting all the time. That’s when I reached out for help because I wanted my daughter to have her daddy, and I felt like we were sabotaging it.” 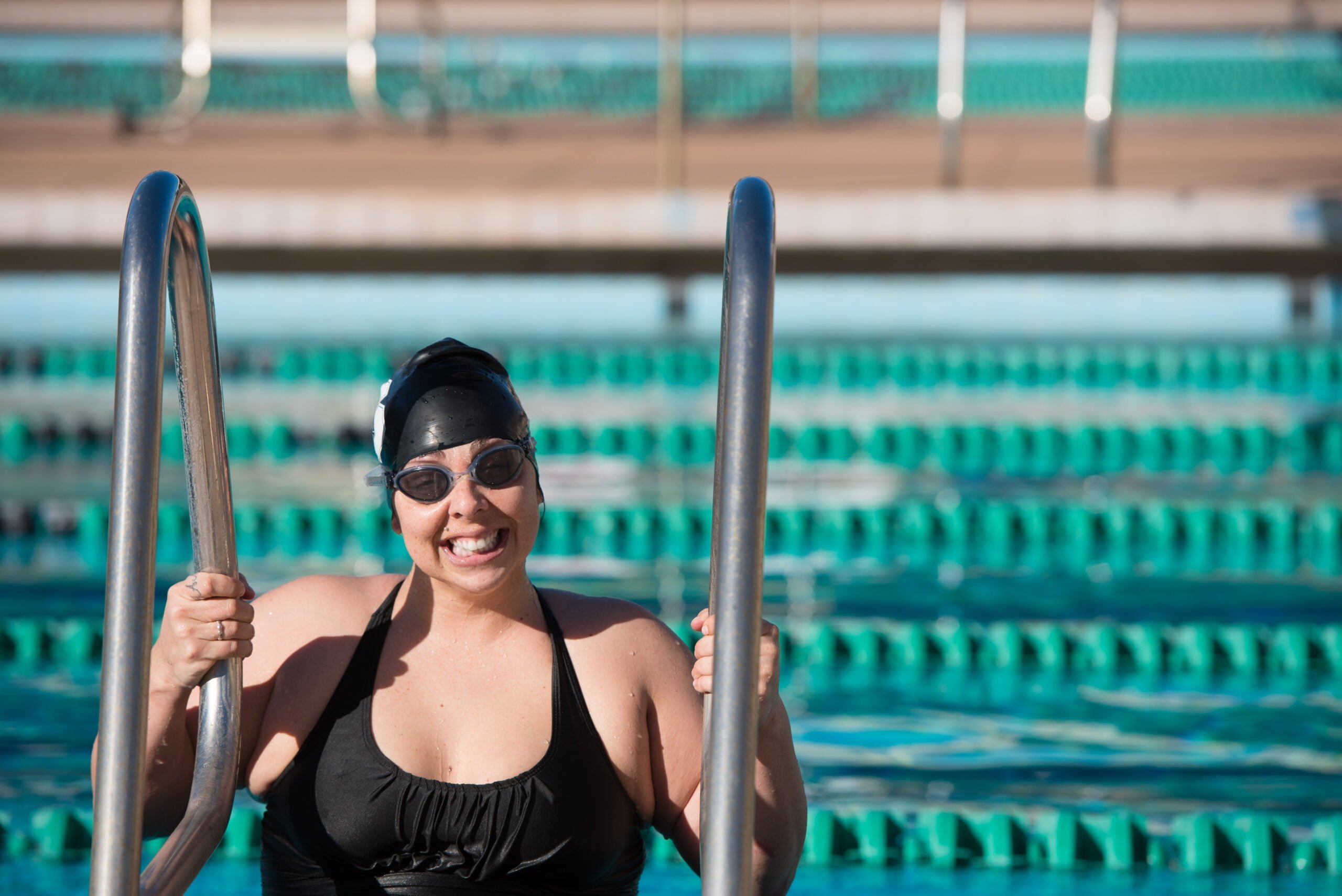 “Arianna was signed up at the Shasta College Head Start program, and through them I got us a family counselor. We prayed a lot. We just had faith that if we kept going to school, kept going to counseling and kept loving Arianna, we would work it out. I think the work I’ve done with community outreach, Becoming Brave facilitation and just having a lot of community places to go to share testimony have been really beneficial. My family physician has made a big difference. I’ve had back problems due to my feminine issues, and she was the first doctor who believed me and started getting me treatment.” 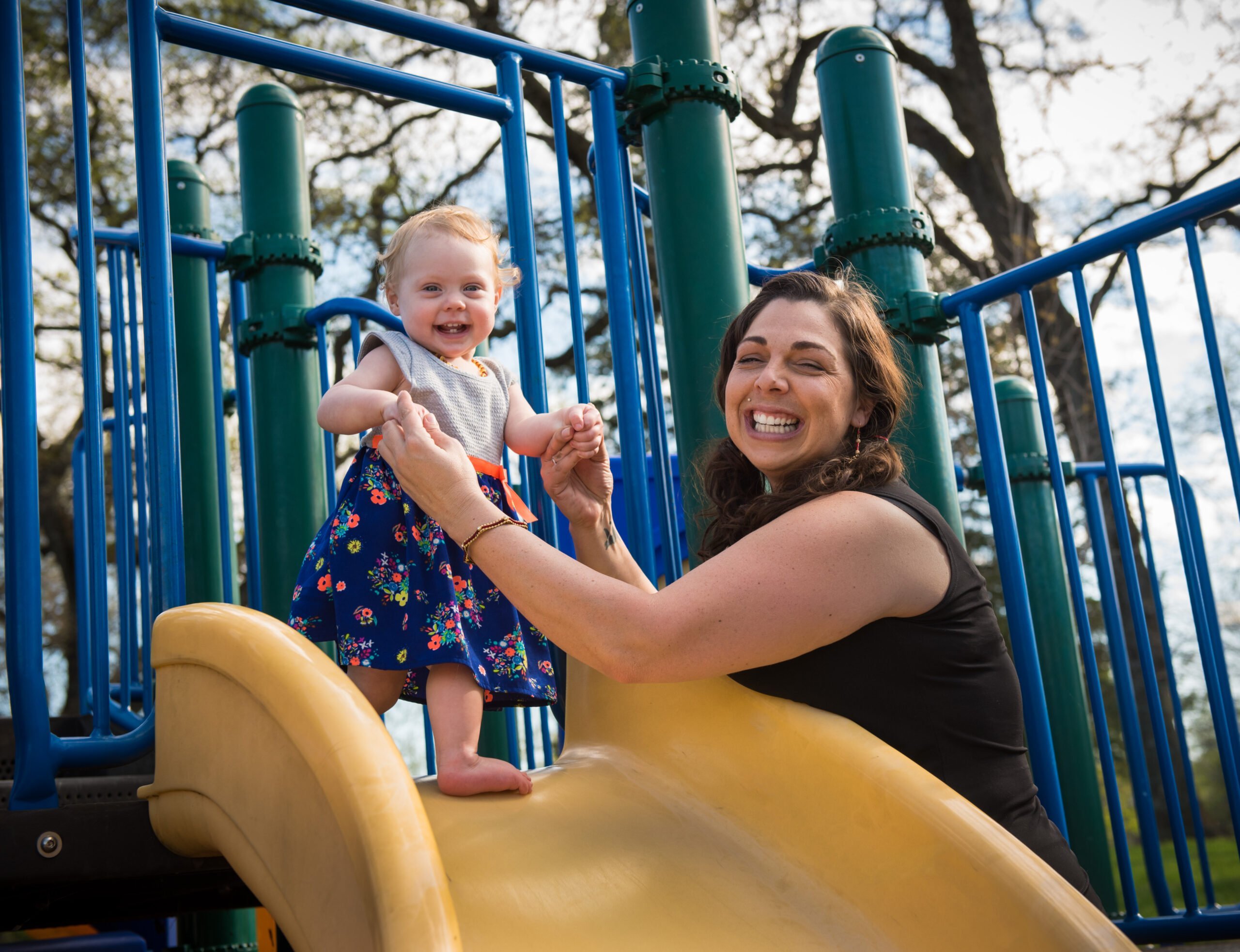 “Today, I know Arianna is the biggest blessing in the world. Sometimes we’re too scared to let people know what we’re feeling. It’s important for all of us, when we’re feeling sad or inadequate, to have someone safe to talk to without fear of judgment. If there are times you don’t think you can go on, I want you to tell yourself, ‘persevere, persevere, persevere. You’ve got this.’”